The Cons of ProFlowers.com!

Shopping on a website should be easy, otherwise we would just shop the old fashioned way by walking into a store.


After receiving an email reminder from Proflowers.com about an upcoming birthday, I thought I might actually send some flowers.  I went ahead and started the order process.


Once I made my flower selection I continued onto another screen, where there was an option for a "morning delivery" for $14.99 or "standard" delivery, for which there wasn't any price posted.


By the time I got to the page to enter my credit card information, I still had not seen the cost for shipping.


So I called.  At this point it all went downhill.  The representative told me that I wouldn't see the price until after the credit card info was entered and I hit the "continue" tab.  My question to her was, "Why can't you tell me what the cost will be?"  I already assumed that standard delivery had to be less than the "morning delivery" cost.  Her response was that there were too many factors involved for her to give me a cost without her having to use a calculator.


How did I deal with that response?  I told her that I shop online all the time, and I have never shopped where the shipping cost was not disclosed, whether in a drop down menu, or a link at the top or side of the page, etc.


I feel that if a company is not upfront about their shipping costs, I don't need to do business with them.  She then got all bent out of shape and told me that she had shopped on www.amazon.com and didn't know what the shipping cost would be until she put in her credit card information.  I said that I never have encountered that on www.amazon.com and always get free shipping by spending $25.00.  And even if you are spending less than $25,  the shipping costs are found by opening a link under the heading "Product Details" after scrolling down the page.  I told her she should learn to be a better shopper.


Again she asked if I wanted to place an order.  Again I said that I needed to know the shipping cost before I gave her my credit card.  At this juncture, I sensed a really bad attitude.  When she asked again about placing an order, I asked for a supervisor.


It took her about 2 minutes of typing before asking for my name, phone number and email address and said that it would be 24-48 hours before anyone calls me.  Needless to say, it will be too late by then to send flowers to arrive on time.


I decide to go back online and pretend to place an order.  After giving credit card info, the next page asked to confirm the order.  Here's the best part:  I kept looking for the pricing and shipping costs and finally found it on a side bar in very light typeface making me believe that it was something they don't really want you to dwell on.  On top of this, they added another fee for handling and then tax.


Buying flowers should make you feel good.  This made me feel just plain lousy.


P.S.  I did get a voicemail the next day from a supervisor who said that shipping rates vary depending on time of day, product, where it is being shipped.  I already knew that time of day was more money since that did show up on the order form, but there still should be an easier way to determine what you are spending to ship a product.  In fact, I looked at www.1800flowers.com and under Frequently Asked Questions they have a chart showing all the shipping charges.

Posted by ShelleySays at 4:39 PM No comments:

I Am Morning Woman, Hear Me Roar! 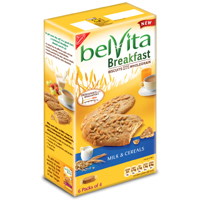 
This biscuit gives you energy all morning long.


Try it and ROAR!
Posted by ShelleySays at 9:54 AM No comments:

Water finds the easiest path of resistance which is why many of us have had water in our homes after the ice formed on our roofs. The Ice Dam is to blame.
Once an Ice Dam is formed you will have a problem.  What is an Ice Dam anyway?  An Ice Dam is a ridge of ice that forms at the edge of a roof and prevents melting snow (water) from draining off the roof.  The water that backs up behind the dam can leak into a home and cause damage to walls, ceilings, insulation and other areas. All this is either because of heavy freezing rain or moderate or heavy snow conditions with an air temperature significantly below freezing.
In some cases, the cause is the attic below the roof, which needs to be cold.  When heat from the house escapes to the attic, the warmer air is now under the roof and will add to the problem, since the ice will start to melt in the exact place you don't want it to be melting. 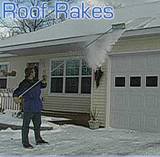 The first thing that you need to do is remove snow from the roof.  A "roof rake" can be used to remove snow but you need to be careful not to damage the roofing material.  If you can't get all the snow off, at least move it away from where the shingles meet the walls of the house and far enough down the roof so you clear areas where there is a wall under the roof line. The goal is to have as little ice and snow on the roof to minimize the amount of water entering the house if an Ice Dam does form.

Try filling pantyhose with Potassium Chloride Pellets, which are gentle enough to not ruin wood shingles but slow acting as far as melting the snow. (There are many other products available, but make sure you are not using anything which will ruin your roofing material.)  If you were to just throw the pellets onto the roof, they could roll off and not do much good.  The pantyhose is placed on the areas where you need the pellets to stay put.  I found a "snow sock," which looks pretty good and is pictured above, especially if you don't happen to have pantyhose. You could also use something as simple as just a sock.
In the end, when we know that weather conditions make it next to impossible to avoid the formation of an Ice Dam, the least we can do is to try to mitigate the damage.
Where to buy:  www.amazon.com
Posted by ShelleySays at 8:52 PM No comments: