Verizon Wireless: Customer Service As Good As Its Coverage! 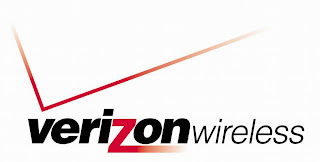 It takes a great company to recognize a great customer and do the right thing.


Let me state from the beginning that the problem I had was my fault.  I always have my blackberry set to go on and off each day at a certain time.


Off on vacation I go, out of the country, with my blackberry in my suitcase.  I was not going to use it while away because I didn't sign up for a global plan and didn't want one.   I was on vacation!  I only needed my blackberry once we were back in the USA.


While my blackberry sat in my suitcase, turned off, stored away during the trip, it was going on each day at 7am and going off at 10:30pm.  I had totally forgotten to disable this feature before I had put it away.


Before boarding the first flight home, I took my phone out as we went through security.  Was I surprised when I saw it was on? Absolutely.


I didn't think I had a problem since I never used the phone.  But that is not what happens to a phone with a data plan.  Each day it turned on, it takes in all the emails coming into my accounts. That was all data usage, for which I did not have a global plan, so I was charged accordingly.


After I saw my bill, I cringed at the charges I had accumulated. I called Verizon Wireless Customer Service and explained my dilemna. The representative felt so bad for what had happened that she put me on hold to see if she could do anything.  She returned and apologized for not being able to help me, since Verizon Wireless did not make the mistake.  I thanked her for taking the time to see if she could help.


The next day I searched for the phone number of the Corporate office. It wasn't easy to find but I did locate a number of a Regional office.  The woman to whom I was directed told me that I was not at the right office for my location, but that she would write up my situation and pass it along to the proper person.


Within one hour, I received a call from Corporate and we resolved my problem.  The representative recognized that I was a long time customer could see how this could have happened. I was so appreciative of her understanding.


When I asked if there was a phone number for her office, she told me that there was none, but if you need to contact them, you just go to the "Contact Us" link on the website and send an email.


I always thought that link was for your everyday customer service, the same department you would be connected to when you called 1-800-922-0204.  Apparently it is not.


My advice is that if you have a real, honest to goodness problem which doesn't get resolved after calling the "800" number, try going to www.verizonwireless.com, open the "Contact Us" link on the top and "send an email."


It doesn't get any better than that!

Posted by ShelleySays at 9:58 PM 2 comments:

Have you taken a flight and had such a negative experience that you had to complain to someone short of vowing never to fly that airline again?


I did exactly that and was very pleased with a phone call I received a few days later.


Of course no phone call could take back the experience, but at least a company responds in hope that the situation won't be repeated.


We do everyone a favor by bringing to attention problems during a flight.  If we don't, how can you expect situations to be remedied?  (I am assuming that the airline does actually care and would want to retain your business.)


The real challenge is how to find the right people to complain to.  If your email gets lost in the incorrect mailbox, it does little good. You won't get a response and you will feel even more upset.


While on the flight, I read through the airline's magazine and there was an article written by the person in charge of Customer Relations.  I wrote his name down and put it in my wallet.


I made a few other calls and finally had a list of 3 additional names, all in the Customer Service/Relations  area.


After sending the email, I received an automatic "out of office" reply from one of the recipients.  A few days later the phone call came.


The representative who had called me said that all departments affected by my complaints would be contacted.  Aircraft appearance, food quality and flight attendant attitude were involved.


Interestingly, I had been on 4 flights yet only one segment was a problem. So the one flight seemed even worse since 3 others had been such a positive experience.


At least the airline understood that I had legitimate gripes because I had nothing but praise for the other flights.


So thank you, American Airlines!  If everything isn't perfect, at least you are willing to improve upon what is already a pretty good ride.


Which airline to fly:  www.aa.com

Travel To Costa Rica - Where Are Those Monkeys?


We just got back from a trip to Costa Rica and still are wondering where all the wildlife was.

Maybe it is unfair to compare a trip to Costa Rica after walking amongst the penguins in Antarctica or the sea lions in the Galapagos.
That said, be advised that spotting the monkeys, birds and sloths in the trees takes a professional guide along with a power scope.
We started out up in the Monteverde Cloud Forest for two days and also had the pleasure of visiting a real coffee plantation where we learned everything you would want to know about coffee. It was called Don Juan Coffee Planation. Even bought 3 pounds of coffee, which we sampled along with food at the end of the tour.  We then drove a few hours to  Puerta Caldera to meet up with our ship, The Windstar, for a 7 day cruise to different parts of Costa Rica as well as Nicaragua.
Costa Rica is very beautiful and you can see why the land needs to be protected.  When you walk through a rain forest you see why we have to do all we can not to destroy this very efficient, self-contained environment.  Every plant, insect, vine, tree, mammal and bird has a purpose.  You cannot upset the balance or the forests won't flourish.
When taking an excursion into the forests, I suggest that you find a guide to take you in a very small group.  Too many people take away from the time you get to look through the guide's power scope and monkeys, sloths and birds aren't waiting for you to watch them.  They tend to move!
Wear good hiking shoes because the narrow walking paths cut through the forest could be full of tree roots or rocks.  Bring insect repellant, but since we were there in the dry season it wasn't too bad.  The sand flies on the beach were the worst. But afterwards you don't itch, you just see red dots on your skin.  I did get bitten by an ant, which the guide called "flaca," meaning skinny.  It was as if a pin was going into my leg and it burned even after I knocked the ant on the ground. I was so mean to this ant.
Bring really good binoculars.  You want to be able to see something not too far away as well as something way up in the trees.  As for your camera equipment, you could use lenses such as a 100-400mm and a 28-135mm.  If you bring just one lens, use a 18-200mm lens. We used 2 different Canon cameras, but now that we took the trip, we would have used the 18-200mm lens on our Nikon camera. Again, remember everything is moving so trying to change the camera and lens takes time, which you may not have.
As for shopping, I wouldn't get too excited.  Each town had crafts, but after a while, they all looked the same.  There are many tourist type shops selling towels, flip flops etc., which you could find anywhere, unless you really needed a towel with Costa Rica printed on it.  Someone advised us that some of the items we saw were made in Guatemala, so not to think all we saw was locally made.
What was more enjoyable was to go into a local restaurant to sample food and drink the local beers, which cost anywhere from $1.50 - $2.40. That was the best bargain!
To get us from one location to another before our cruise, as well as taking us to the airport after the cruise, we used a company called Ocotea Tours.  We booked it through American Express.  The driver was always on time and had a very clean vehicle. We would highly recommend them.
And what about the cruise line?  I will write about it in my next posting.
Where to buy coffee:  www.donjuancoffeetour.com
Where to hire transportation:  www.ocoteatours.com
Where to book a trip:  www.americanexpress.com
Posted by ShelleySays at 9:02 AM 2 comments: