The following information is from one of the best healthletters around:

This article, from which I am summarizing, is about some foods which have the E. coli or salmonella bacterias and how the FDA cannot seem to monitor the manufacturing plants where food is produced.

That said, here is advice for food:

RULES FOR LEFTOVERS: refrigerate or freeze leftovers within 2 hours of cooking or throw them away. Store food at a shallow depth-2 inches-to speed chilling and leftovers go into freezer right away or you have to eat them in 4 days, except stuffing and gravy which keep for 2 days. Also, reheat leftovers to 165 degrees and any liquid leftovers to a rolling boil.

Only buy fresh-cut produce (half a watermelon, bagged salad greens,) if it's refrigerated or surrounded by ice.

Store perishable fruits and veggies like strawberries, lettuce, herbs and mushrooms, or cut or peeled produce in clean refrigerator at 40 degrees or below.

Wash your hands for 20 seconds with warm water and soap before and after preparing any food. You can also sing "Happy Birthday to Me," which should take the same amount of time.

Wash fruits and veggies under running water just before eating, cutting or cooking, even if you plan to peel them. Don't use soap, since it leaves a residue.

Discard the outer leaves of heads of leafy veggies like cabbage and lettuce.

Don't eat sprouts unless thoroughly cooked. Pregnant, elderly, children or those with a weakened immune system should avoid raw sprouts.

Always cook meat, even simple hamburgers, all the way through or use a meat thermometer. If it isn't cooked through, the bacteria will survive.

The entire article is worth reading. It makes you think twice about buying some products manufactured by certain companies.

Check out: www.orders.cspinet.org to subscribe. You can get further information about this at: cdc.gov/ncidod/dbmd/diseaseinfo/escherichiacoki_g.htm.

Nutrition Action Healthletter/Center for Science in the Public Interest.

Stay healthy and continue reading my blog!
Posted by ShelleySays at 10:17 AM No comments: 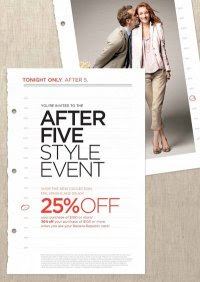 Posted by ShelleySays at 6:16 PM No comments:

If you are in NYC, you may be interested in the Warehouse Sale at Barneys NY.

Not only do I use the book, published each year, but I subscribe to the online site, which does have a fee to join. This way I can get all the up to date information, such as new restaurants, restaurants which will be opening and special one night dinners at restaurants. Then there is the Zagat Store.

This does comes with a price, and I do not mean the cost of subscribing to the website. What I mean is that you can't take the ratings as gospel. Zagat gets their information from you, the consumer, who eats out and then rates the restaurant. In order to keep current and publish a new book each year, they send out surveys for you to fill out. To be honest, I don't think everyone knows good food or what to expect from an establishment. And to be fair, there are many who know so much more about food than I do, so there is a fine balance.

So when using Zagat, please remember, if a restaurant gets a rating of "21" for food, adjust it a bit downhill just to make sure you are not disappointed.

Over and over again, I have rarely agreed with the numbers given. The ratings include "Food," "Service" and "Decor." Then there is a price, which given the variations of what one could order, I am not sure how accurate that can be. You are supposed to put down a price which would average out, but do you really remember the prices of items on a menu other than what you may have ordered?

Sometimes I just try a restaurant after reading the reviews which are posted, again by us, the consumer. If there are many more positive than negative comments, I will check it out. Some of the things people like or dislike about a place seem irrelevant to me, but it is still better to have an idea of what to expect.

When you are a subscriber, you can get information about restaurants all over the USA as well as many popular international locations. If you are using the book, it is by specific area. This is why it is worthwhile to subscribe, especially if you travel a good deal, for business or pleasure. And don't forget about the APPS for the iPhone.

Posted by ShelleySays at 10:11 PM No comments: 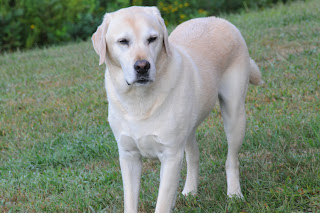 Total rip off! I get emails from Petco.com. Today I received one with a 20% off sitewide sale.

I put items in my cart. Went to check out and never got the additional 20% off. I called and was told that the 20% was reflected in the prices.

Bogus, I told them. I was on the site last week and these were the same prices without the 20% off. Told me to call Customer Relations. I did. The rep kept putting me on hold to check on this. Came back to the phone, apologized and offered me a gift certificate, which he was sending to my email address. That was hours ago and still, no email from them. I told the rep that it was nice to offer me this, but what about everyone else who is shopping through this email? They are thinking that things are 20% less, but in reality, they aren't. If I didn't go to the site last week, I wouldn't have known this and would have believed the rep when I originally was told the discount was reflected in the price.

That's it for me. Never again will I buy online at this site.

Where NOT to buy: I won't bother giving you the link!

Stick to my favoite site: www.entirelypets.com

Posted by ShelleySays at 7:24 PM No comments:

Need that winter coat you have been thinking about all winter? What about a pair of boots? You can get 20% off any pair of non-sale shoes/boots at www.onlineshoes.com with certain brand exclusions.

I bought a coat which was originally $430, marked down to $299. When the discounts were added in, the coat cost me $151. How's that for a good deal? You can check their website, www.lordandtaylor.com if you can't get to one of their stores. You enter the code PRES for the additional 20% and PRESPLUS for the extra 10% off using your L&T card. One caveat, the same coats in the store may not be available online.

Lots of shoes and boots are also on sale at Lord and Taylor. Even some Uggs, but you can't use any coupons or further discounts on them.

Hope you find what you need!

Posted by ShelleySays at 8:01 AM No comments:

How Dirty can a Hotel Be? 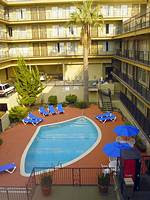 I just saw this on www.tripadvisor.com. Not sure how reliable it is, but better to be informed.

(based on TripAdvisor traveler reviews)
Where to find out more information about travel: www.tripadvisor.com
Posted by ShelleySays at 11:41 AM No comments:

My daughter just called. Her TV is no longer working. We need to find one right away! The first website I go to is: www.beachcamera.com. They are also associated with: www.buydig.com. Always check both sites because prices may differ for the same items. Also, prices may change during the week or right before the weekend. Over the past few years I have ordered TVs and cameras from both these sites and never had any problems at all.

I found exactly what I wanted on www.beachcamera.com and ordered it. The following day I checked the site and didn't see any price changes, so I decided to search again, just in case. I came across another site which does comparison pricing. Never have seen this site before today and gave it a chance. It is: www.roboshopper.com.

It worked very well and listed reliable merchants with good history. As most of these sites work, you can put in your zipcode and get the total price including shipping and taxes. I did find that www.beachcamera.com still showed the best price.

Consumer Reports' latest tests of packaged leafy greens found bacteria that are common indicators of poor sanitation and fecal contamination, in some cases, at rather high levels. The story appears in the March 2010 issue of Consumer Reports and is also available free online. Consumers Union today also issued a report [PDF] urging the U.S. Food and Drug Administration (FDA) to set safety standards for greens. FDA food safety legislation pending in the Senate, and passed last summer by the House of Representatives, would require the FDA to create just such safety standards.

The tests, which were conducted with financial support from the Pew Health Group, assessed for several types of bacteria, including total coliforms and Enterococcus--"indicator organisms" found in the human digestive tract and in the ambient environment that can signal inadequate sanitation and the potential for the presence of disease-causing organisms. While there are no existing federal standards for indicator bacteria in salad greens, there are standards for these bacteria in milk, beef, and drinking water. Several industry consultants suggest that an unacceptable level in leafy greens would be 10,000 or more colony forming units per gram (CFU/g).

Consumer Reports found that 39 percent of samples exceeded this level for total coliform, and 23 percent for Enterococcus. The tests did not find E. coli O157:H7, Listeria monocytogenes or Salmonella--sometimes deadly pathogens which can be found in greens, although it was not expected given the small sample size. According to Consumers Union, the goal was to investigate other markers of poor sanitation that should be used in the food safety management of produce.

"Although these 'indicator' bacteria generally do not make healthy people sick, the tests show not enough is being done to assure the safety or cleanliness of leafy greens," said Dr. Michael Hansen, senior scientist at Consumers Unions, nonprofit publisher of Consumer Reports. "Levels of bacteria varied widely, even among different samples of the same brand. More research and effort is needed within the industry to better protect the public. In the meantime, consumers should buy packages of greens that are as far from the use-by date as possible."

For its latest analysis, Consumer Reports had an outside lab test 208 containers of 16 brands of salad greens, sold in plastic clamshells or bags, bought last summer from stores in Connecticut, New Jersey, and New York. Among the findings:

CU is calling on the Senate to pass pending FDA food safety reform legislation that requires the agency to set performance standards as well as develop safety standards for the growing or processing of fresh produce. It's also asking that FDA formally declare certain pathogenic bacteria--such as E. coli O157:H7, Salmonella, and Listeria--be considered adulterants when found in salad greens.

Posted by ShelleySays at 7:33 AM No comments: